Got2Move - Your Friends in Moving Business

What People Say about Us

Why people trust us 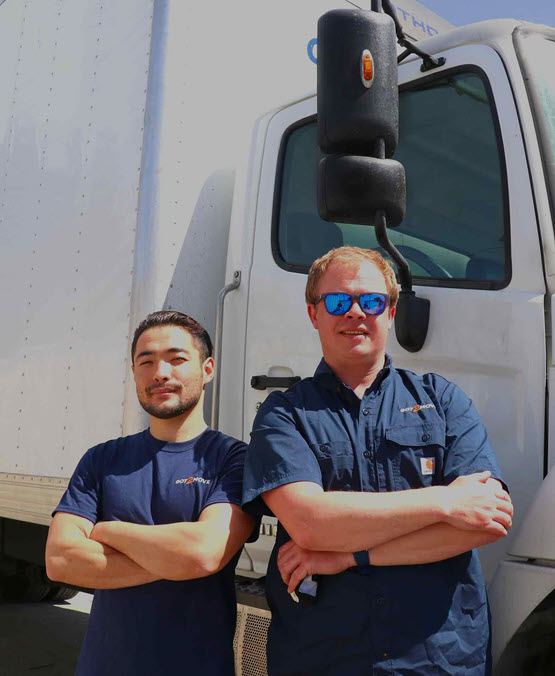 Got2Move was found by David in 2004. Got2Move was acquired by Nick, the co-founder of Route 66 Moving in 2017. The reason for such acquisition was that starting in 2017 Route 66 Moving based in the Bay Area and San Diego began to operate independently. So, Nick decided to build his moving company with a presence in all major California metropolitan areas (the San Francisco Bay Area, LA, San Diego, and Sacramento) while having the whole company under his control to lead it in one direction which is sometimes difficult with having a few owners running a company.

Even though Got2Move and Route 66 Moving SF are technically the same company, please, note that account managers at Got2Move and Route 66 Moving SF work from different offices and operate independently from each other thus they do not share any customers' information with each other. For example, if you are requesting a quote only from Got2Move, no one should contact you on behalf of Route 66 Moving. If you are requesting a quote from both companies, you may be given different price options. The shared value of integrity and professionalism will be the same, though.

We strongly believe that providing honest and professional moving services for California residents starts with an honest introduction. We know that it is hard to find a reputable moving company you could trust because so many companies don’t even have physical location or license on their web-sites, they fail to answer the questions about moving coverage options and have different hidden charges, and so on.

We have been serving the Bay Area residents for over a decade and now we offer moving services in Greater Los Angeles, Orange County, San Diego County, and Sacramento.

We hope you will give us a chance to earn your business!

Our fleet is regularly maintained at TEC of California (Isuzu and Hino dealer) for your peace of mind!

We invest in our people, fleet, equipment trying to be one of the best moving companies in California! 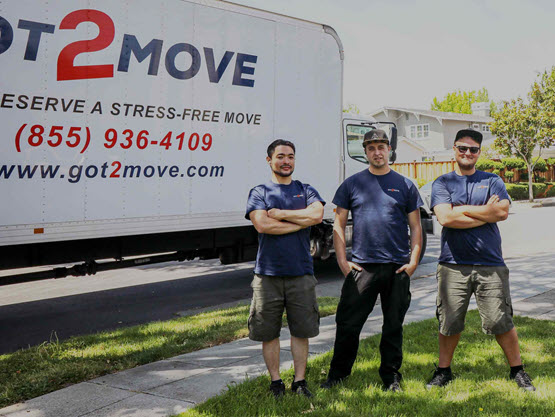 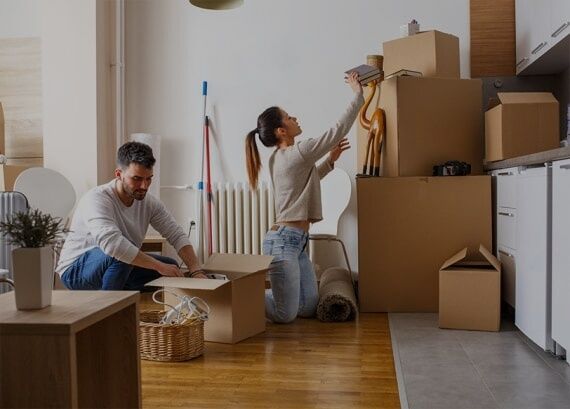 What our customers say

Andrew and Cloud were both professional/friendly and super supportive with my most recent move. I will definitely use this service again in the future. I highly recommend Got2Move for your moving/relocation needs. My belongings were transitioned...

I had a great experience with my movers, Russel and Sam. They were very friendly and efficient. Communication through emails/phone to book and when/where they were arriving was excellent! Everything arrived safely and quickly.

I chose got2move as the hourly rate they quoted me was quite good. I live in the 3rd floor of an apt with no elevator. The team that helped me was Dima and Otabeck. They were very helpful moving all my heavy furniture and finishing packing some...

Thank you guys for your help! When I decided to hire a moving company for my move, I discovered Got2move services. They were kind and graceful. They moved my furniture so easily and deliberately. In addition, the cost was so affordable for me; I...

We recently closed escrow (May) and needed to move from our 2 bedroom appt to our new to us house after it was remodeled. Searched and came down to 2 providers, talked to both on the phone - and felt the most comfortable with Got2Move - it also...

Great company for moving, very quick service, they have also great price compared with the another company. Very professional and they take care everything all my stuff attentive. Great job!

Over 5000+ happy customers can’t be wrong! Become our customer today and get ready to enjoy stress-free moving services.